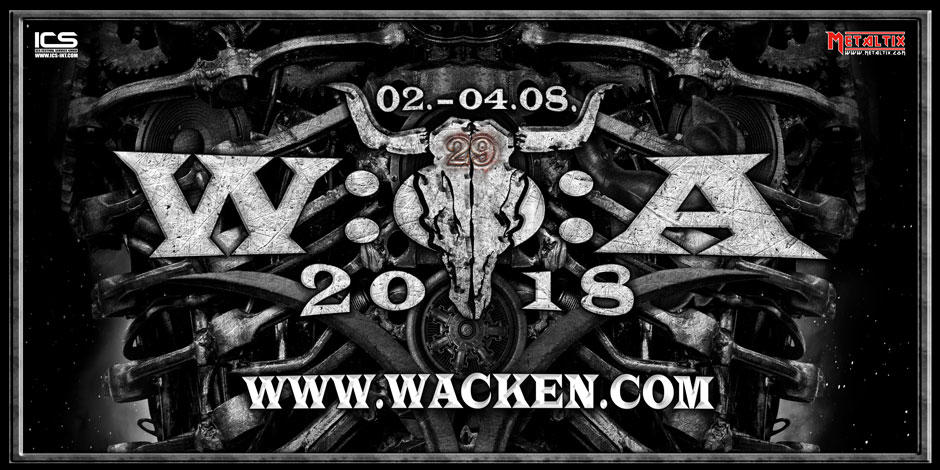 Darkness, demons, death and destruction - these terms are certainly among the core competencies of Metal. Befitting the occasion of Halloween, we add five scary bands to the billing of the upcoming festival!

Behemoth
Polish Death Metal Masters Behemoth are finally back in Wacken! The band hasnt played in Germany for two years, but now they will return with a new album and a completely new stage show.

The successor to their masterpiece "The Satanist" is impatiently awaited, but Nergal and his men are still in the cards. We dont know what to expect but are certainly very curious!

Samael
Two shows will be performed by Samael in Wacken! Their "Worship and Ritual Show" focusses on the first two albums "Worship Him" ​​and "Blood Ritual". These two records are considered by many to be absolute milestones of early Black Metal.

The second Samael show at W:O:A will deal with the current material of the band. On October 13th, the new studio album called "Hegemony" was released and this one wants to be presented live as well. The pure Black Metal of the early days has come together in a mix of Industrial, Black, Death and also Doom.

Mantar
The most brutal duo of the northern German metal scene will play in Wacken for the second time! Hanno and Erinç from Mantar have released their second album and an EP since their first visit back in 2015 and further refined their Sludge Metal.

The on stage sound of the two musicians is truly gigantic, and other bands, even with four or five instruments, can not match this intensity.

Night Demon
The classic heavy metal is far from dead! Bands like Night Demon from the USA prove that even newcomers can add something new to the forefather of metal genres - in a brilliant way!

The band founded in 2011 already released two albums and we are looking forward to their debut in Wacken.

After Halloween is before the W:O:A X-Mas calendar! 24 doors with new bands are waiting for you, as well as our gigantic Christmas lottery! So check it out at www.wacken.com.